I had the privilege to sit down with Eli Shaviro, the mayor of Ariel, Israel. Ariel is a unique city in the Jewish state because it sits within the ancient biblical Samaria, what Westerners often call the West Bank.

The city of Ariel is in an area that dates back millennia to the time of Joshua. Adjacent to the city limits are the tombs of Joshua and Caleb, the two spies who covertly went to scope out the Promised Land in the book of Numbers. Additionally, within the city limits of Ariel, a 3,000-year old Jewish city was discovered while construction was being done on the security fence that surrounds the city.

The establishment of Ariel to many in the international community is controversial because of its location within the Green Line, but Mayor Shavero is confident that Ariel will remain a strategic city in State of Israel no matter what peace agreement is signed between Israel and the Palestinians.

Peace between the Israelis and Palestinians is often negotiated among high level politicians around the world, but in Ariel the Israeli citizens are working side by side with Palestinians, building peace from the ground up. Palestinians work with equal pay by Israeli law in Israeli factories, building projects, and more. By helping supply jobs to Palestinians all throughout the West Bank, more than $300 million has been infused into the Palestinian economy.

Peace is also being achieved through education. Ariel University is one of Israel’s fastest growing universities with 15,000 students, both Jewish and Arab, and one of Israel’s newest research universities. It’s through higher education students of various backgrounds interact with one another to learn new ideals in fields of Health Sciences, Natural Sciences, Engineering, Social Sciences, and Humanities.

Ariel University will also become the home of the new Ariel Medical Clinic, which is a much-needed addition to the growing city. The new medical clinic will serve the 20,000 local residents, 15,000 students at Ariel University, and neighboring communities that include both Israelis and Palestinians.

Ariel is a city on a mission, to build an infrastructure of partnerships between Israelis and Palestinians in order to live side by side.

Whenever you visit Israel, make sure you stop by Ariel to see the wonderful work happening in the new modern city sitting in the ancient biblical Samaria. 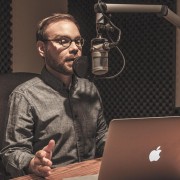