“No one likes to mourn, no one likes to grieve, it’s sadness… because it usually means they’ve lost something or someone important. Lamenting is an inevitable part of one’s life, at some point we all mourn. I’m reminded of what Chuck Swindoll said in his book Starting Over, “The hardest thing about life is that it’s so daily.”

Lamenting is such a part of life that the Scriptures have an entire book dedicated to it called Lamentations, where the Prophet Jeremiah mourns over the loss of something near and dear to his heart, the city of Jerusalem.”

AskFOI— Does God still show distinction between Jewish people and non-Jewish people, and is one better than the other? (@12:41) 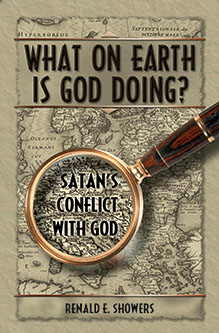 What on Earth is God Doing?

“One of the men said, “We all respect you for what you believe, but we cannot agree with one thing. This Isa (Yeshua) was a prophet, but Muhammad was the greatest of all prophets.”

“I showed them from the Scriptures that the Lord Jesus Christ was the one promised in the Old Testament. I explained that the New Testament tells us how He brought love into the world, in contrast with the Qur’an, which says in Sura 190, “Hate your enemy, kill him wherever you find him.” They looked at each other perplexed and could not answer me. I then read John 3:16: “For God so loved the world, that he gave his only Son, that whoever believes in him should not perish, but have everlasting life.”