Who doesn’t like a hero? We spend millions of dollars watching superheroes save the universe at the theaters. We buy their shirts and wear them proudly. But have you ever thought that sometimes as believers we don’t understand why the Jewish people missed Jesus being the true Messiah? They were looking for specific qualities—a hero to save their nation! And the qualities they were looking for were in fact, biblical. The nation of Israel believed the Messiah would deliver them from their gentile enemies that oppressed them, and that He would establish a Kingdom where He would rule from Jerusalem and the nation of Israel would elevated above all other countries. Again, all biblical! Sounds like a hero they needed!

Did Jesus come His first time to do this? Was that the reason for His First or Second Coming? Chris opens up Matthew 24—25 this week and tackles a difficult passage known as “The Olivet DIscourse.”  The disciples were getting antsy towards the end of Jesus’s ministry here on earth when they realized their expectations weren’t being met and asked “Tell us, when will these things happen and what will be the sign of your coming and of the end of the age?”

The Sign of His Coming – By Renald E. Showers from The Friends of Israel on Vimeo. 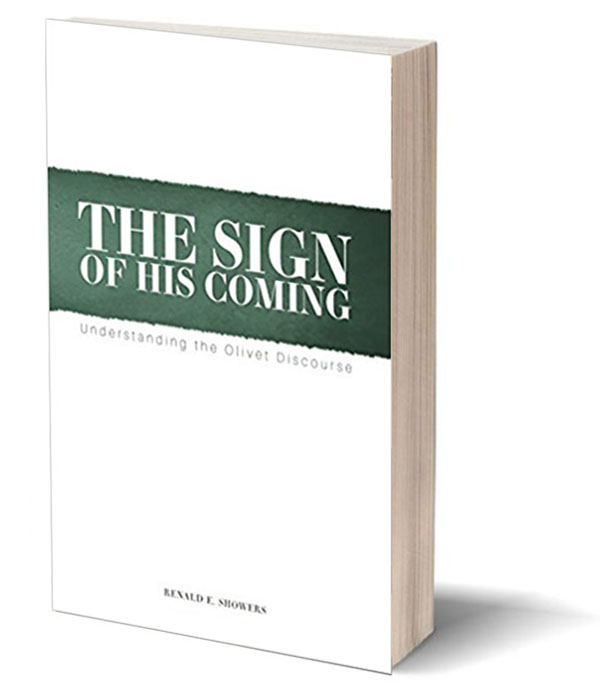 In Matthew 24:3 as Jesus was sitting on the Mount of Olives, his disciples came to him privately and said, “‘Tell us, when will these things happen and what will be the sign of your coming and of the end of the age?’” The disciples of Jesus were just as eager then as we are today to know the timing of His return as King.

In his book, The Sign of His Coming, Theologian Dr. Renald Showers dives deep into this prophetic passage and gives clarity to this often misunderstood topic.

Jim Showers joins us to talk about The Friends of Israel’s national prophecy conferences. This year’s theme is The Sign of His Coming. Jim, The Friends of Israel’s executive director, shares why we as believers should know and understand what Jesus was talking about in Matthew 24—25. Join us at one of our conferences! They are held in Winona Lake, IN, Lancaster, PA, and Winnipeg, Manitoba, Canada. You can learn more about this exciting conference HERE.