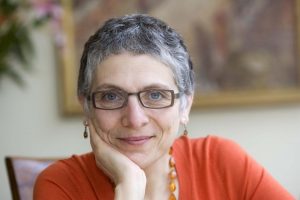 Chris invites Melanie Phillips on this week’s program to unpack the issues surrounding the rise in European anti-semitism and how it is manifesting itself in European culture and politics.

Melanie Phillips is a British journalist, broadcaster and author. Her weekly column, which is currently appearing in The Times, has appeared over the years in the Guardian, Observer, Sunday Times and Daily Mail. She also writes regularly for the Jewish Chronicle and the Jerusalem Post, and has spoken to great acclaim on public platforms throughout the English-speaking world.

Her best-selling book Londonistan, about the British establishment’s capitulation to Islamist aggression, was published in 2006 by Encounter, New York. She followed this in 2010 with The World Turned Upside Down: the Global Battle over God, Truth and Power, with a foreword by David Mamet and also published by Encounter. Guardian Angel, the memoir of her personal and political journey from being the darling of the left to the iconic defender of Israel and the west, was published in 2013 by emBooks.

“Rosh Hashanah is a holiday that Jewish people all around the world celebrate. This holiday marks the first of the High Holy days and also the beginning of the ancient Hebrew civil calendar. The origins of the Rosh Hashanah are not mentioned in the Scriptures, but it has taken the place of the Biblical Feast of Trumpets from Numbers 29:1-6.” 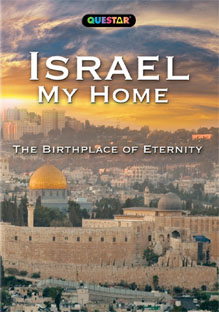 This captivating film is a new look at Israel and its rapid population growth to over 7,000,000 people-atypical for a developed country. God made a covenant with Abraham promising to make his descendants into a great nation. Israel, My Home is a preview of what could be the fulfillment of that covenant.

After we had eaten, I asked, “May I read to you from the New Testament and tell you why I am so happy?” They agreed, and I read Romans 12:9–21.
After I finished, one man asked, “These things are nice to hear, but if Jesus loved His enemies, then why did the Germans, who are Christians, persecute the Jewish people so badly?”

I replied, “I am sure that they were not true believers. Now many in Germany are sorry for what they did and are again calling on the Lord. But they are not really clean within. They only hope they are clean, just as you hope when you pray at Yom Kippur. I am finished with vain prayers and sacrifices. I received the Savior’s love, grace, and mercy. On the Day of Atonement, you will not be sure if the Lord has forgiven your sins. But I know He has forgiven mine!”