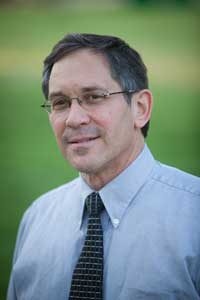 We all know Israel is often blamed for the Palestinians’ misfortune, but how should we answer that accusation? Chris Katulka interviews Itamar Marcus of the Palestinian Media Watch to discuss this difficult topic.

Itamar Marcus, founder and director of Palestinian Media Watch, is one of the foremost authorities on Palestinian ideology and policy. Mr. Marcus was appointed by the Israel Government to represent Israel in negotiations with the Palestinian Authority on Incitement in 1999. From 1998 – 2001 he was also the director of research of the Center for Monitoring the Impact of Peace, writing reports on PA, Syrian and Jordanian schoolbooks. He has published hundreds of reports and articles on PA society, education and media, with special focus on documenting the degree to which the PA is preparing its people for peace or confrontation. He gives testimony and lectures to members of Congress and many parliaments, and has lectured at universities and conferences around the world.

You can learn more about Itamar and his work with the Palestinian Media Watch on their website.

It’s often assumed if you’re a friend of Israel, then you must look down on the Palestinians or consider them as some type of second class citizen. However, Chris Katulka explains in this segment why he has come to the conclusion that he’s a Christian who is pro-Israel but also not anti-Palestinian. 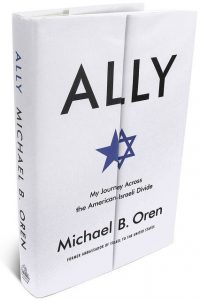 by Michael B. Oren

New York Times bestselling author Michael B. Oren’s memoir of his time as Israel’s ambassador to the United States provides a fascinating look inside the special relationship between America and its closest ally in the region. Ally is the story of that enduring alliance – and of its divides – written from the perspective of a man who treasures his American identity while proudly serving the Jewish state he has come to call home. This memoir is a testament to an alliance that was and will remain vital for Americans, Israelis, and the world.

Apples of Gold—God Looks on the Heart

Zvi Kalisher lost many jobs because of his faith. At one job in particular, he was treated very badly because he believed in the Lord Jesus. Imagine his surprise when he one day was invited to an event by the very same men who often ridiculed him. Listen to this dramatic retelling from the life of Holocaust survivor Zvi Kalisher and find out what took place at this appointed place.