The diaspora is the scattering of the Jewish people all around the world beyond the land of Israel. Last week Chris talked about why God allowed the Jewish people to be scattered and what He did and is still doing through them. If you missed it, be sure to go back and listen! The link is below. This week Chris continues talking about the diaspora and what happened while the Jewish people were away from the land of Israel and how it affected their relationship with God. Have you ever wondered why there are no rabbis or synagogues in the Old Testament? We’ll learn during the diaspora, leaders desired to make sure the Jewish people did not break the laws God commanded. How did they accomplish this? They designed a system that would prevent the average Jewish person from ever breaking the law. They were called fence laws. By keeping the Jewish people from coming near the law, you protect them from God’s judgment. These are called Gezerah laws.

The fence laws were embedded into the Jewish way of life. We’ll hear how even Paul and Peter referred to them in the New Testament. We’ll also learn how Jesus talked about these fence laws. And see how one man, Rabbi Moses Maimonides in the 13th century took the laws and made them easier for the average Jewish person living in the gentile world.

Chris will show us how as Christians, we too make fence laws. But they are around God’s grace. Do not miss this valuable lesson for believers too! 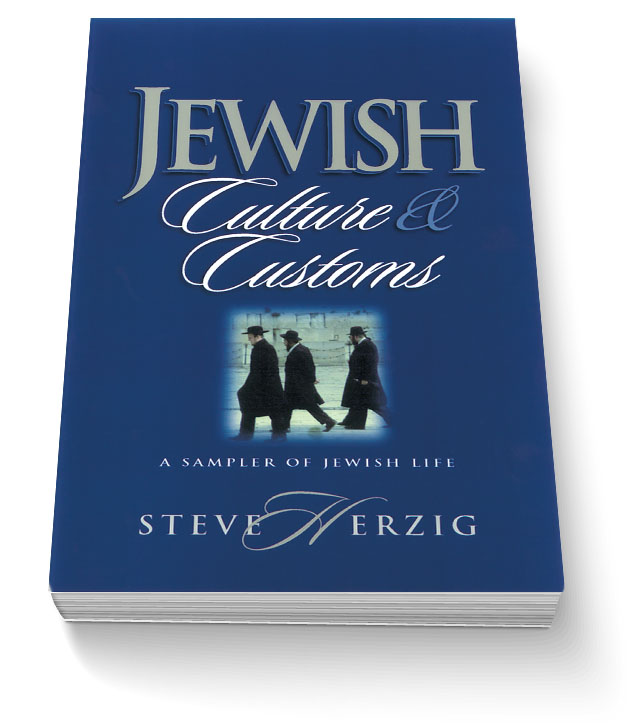 Every area of Jewish life is tied to some aspect of symbolism. Hundreds of traditions date back thousands of years. How did these customs get started? And what special meaning do they hold? In the book Jewish Culture and Customs, Steve Herzig answers these questions in this fun and personal book on the colorful world of modern Judaism.


Do you fear death? When Zvi’s neighbor died, family and friends gathered together to remember her. One of her relatives was very sad she was gone and was afraid she would be forgotten. Zvi explained that if this woman trusted in the Lord and what His Son did, she would have a rich life in eternity! The man did not understand and like always, Zvi took out his Bible to show him the way to know for sure one can have eternal life.