This year Israel is celebrating 70 years of Independence. On May 14, 1948 a group of men and women in Tel Aviv made a declaration of Independence and the state of Israel was reborn! But the dream of an independent Jewish state did not simply happen by chance. God was working and orchestrating in the hearts and lives of Jewish and Gentile people all over the word for years to bring the people of Israel back to their promised land at His appointed time.

The Father of Modern Zionism is Theodor Herzl, a Jewish man born in what is now Budapest, Hungary. Herzl grew up secular, which means he was Jewish but did not practice Jewish traditions. But in this episode, Chris will tell us how Herzl went from believing the Jewish people can and should assimilate in their own country and culture to devoting his life to finding a permanent home for the Jewish people.

Then Chris will tell us about an unlikely advocate and friend to Theodor Herzl, a man by the name of  Reverend William Hechler, an Anglican from the United Kingdom. Rev. Hechler helped Herzl see that what he was doing was bigger than finding the Jewish people a home. He was actually being used by God to fulfill a forever promise given to Herzl’s ancestor Abraham and to fulfill prophecy given to Old Testament prophets. See what we mean about God working and orchestrating in the hearts and lives of Jewish and Gentile people? You will not want to miss learning about this historic and modern day miracle—The rebirth of Israel! 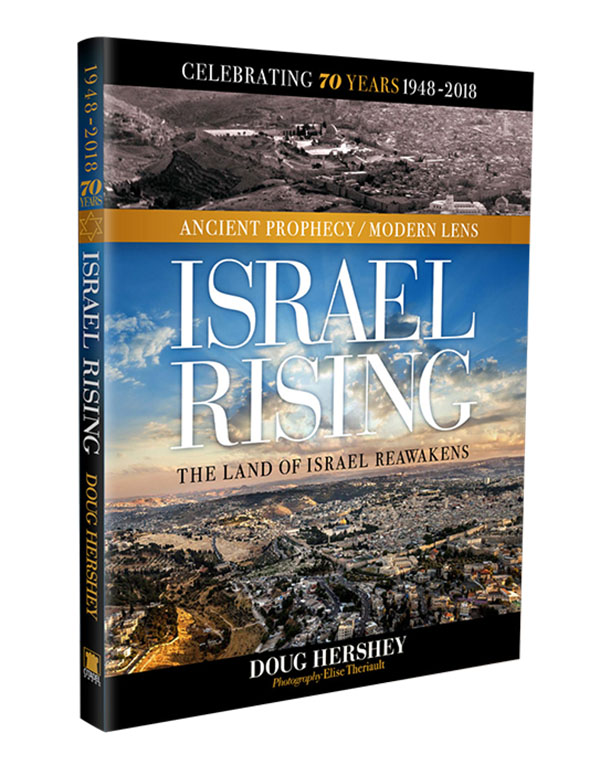 To mark this historic year for Israel and only for a limited time, we are offering the beautiful commemorative book, Israel Rising: The Land of Israel Reawakens.

Inside you will see a stunning combination of the historic and contemporary. It will transport you back in time more than 2000 years to uncover an ancient mystery and celebrate Israel’s miraculous journey from prophecy to the rebirth of a nation. Filled with compelling images of Israel “then and now.” The result is a dramatic visual chronicle and the perfect piece to commemorate this historical anniversary.


God used an odd scenario to bring Zvi and a religious man together to talk about the Messiah! Zvi was walking his son’s dog when this man’s family stopped to play with the dog. The man took pleasure watching his children play until he realized the dog had been chewing on his sacred prayer shawl. This made the man angry and in this moment, Zvi was able to bring up eternal matters. Listen and see how he accomplished this.